The Common Sense of Immigration Reform

Prior to the State of the Union, President Obama said, “Comprehensive immigration reform is in our grasp … but the closer we get the more emotional this issue gets.”  He proceeded to lay out three pillars of immigration reform:

“1) Stay focused on border enforcement, which will create border security, and continue the crack down on businesses knowingly hiring undocumented workers;

2) Deal with the 11 million individuals who are here illegally, create a pathway to citizenship and get these 11 million people paying taxes and passed in background checks; and

3) Improve the legal immigration “bureaucracy”.  The system should be efficient and ensure that that the ‘best and the brightest’ from across the world still want to emigrate to the U.S.” 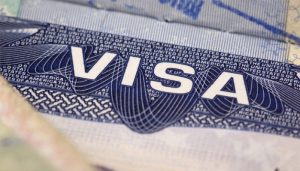 In his State of the Union address, President Obama framed his discussion on immigration by opening with strengthening our nation’s borders.  He said, “[R]eal reform means strong border security… Real reform means establishing a responsible pathway to earned citizenship-a path that includes passing a background check, paying taxes and a meaningful penalty, learning English, and going to the back of the line behind the folks trying to come here legally.”

Senator Marco Rubio (R-FL), gave the official Republican response to the State of the Union and said, “We can also help our economy grow if we have a legal immigration system that allows us to attract and assimilate the world’s best and brightest. We need a responsible, permanent solution to the problem of those who are here illegally. But first, we must follow through on the broken promises of the past to secure our borders and enforce our laws.”

Clearly, what is at stake is of great concern for both parties.  Yet, for once, we are hearing language that is similar on both sides of the aisle.  That is great news for the millions of people looking towards Washington with hope that a comprehensive, bipartisan solution on the future of immigration in our country will be reached in the coming months.

Even multi-billion dollar companies, such as Microsoft and Oracle, and others in the technological industry, are looking on with optimism, as they have long been calling for additional visas for foreigners with computer, engineering and mathematics degrees.  Why?  Because they have more jobs than they can fill with American graduates.  In other words, these companies are not as profitable as they could otherwise be, due to our present immigration system.  Not surprisingly, Senators have also recently discussed increasing the number of temporary visas available to highly skilled immigrants working in science and technology fields.  In conjunction with that increase, additional “green cards” would be made available to such workers, so that they could settle in the U.S. permanently, and eventually become citizens.

Already, the Senate has renewed the Violence Against Women Act, which provides for a pathway towards legal residence for victims of domestic violence in the U.S.   Similarly, more discussions will likely take place in the near future on the Dream Act, a bill that would provide conditional permanent residency to certain illegal aliens of good moral character who have lived in the U.S. for at least five years, graduated from U.S. high schools,  and arrived in the U.S. as minors.  New York Mayor Bloomberg recently addressed the Dream Act, and said:  “Whatever you may think of the immigration debate, the children of immigrants who come here or stay here illegally have done nothing wrong,”….yet right now, when these children graduate from high school, even if they’ve earned straight A’s, even if they’re tops in their classes, they’re not eligible to receive any State financial aid to go to college.  The state is effectively saying to these students: ‘We’re not deporting you. But we’re not letting you succeed here, either, even though our economy wants you and needs you.  That’s about as dumb a policy as I can think of and we must change it this year.”  Few would disagree.

At long last, common sense and bipartisan support appear to be converging in Washington.  The end result is that comprehensive immigration reform, though an emotional issue, represents a solution that is necessary, and full of common sense for all.